Banded Oak and Hirakata Farms partnered on the Crenshaw IPA last summer, but this is the first time it’s been released to kick off the beginning of the growing season.

“Fresh ingredients make good beer,” says Banded Oak owner Will Curtin. “Working with a local family farm like Hirakata Farms gives us these fantastic and fresh Crenshaw melons so we can brew the best possible beer.”

The beautifully balanced India Pale Ale leans toward a West Coast-style IPA while staying true to Colorado with the addition of Rocky Ford’s Hirakata Farms Crenshaw melon. The Crenshaw’s flavor is similar to the famed Rocky Ford Cantaloupe, but slightly sweeter with a noticeable spice.

“We love working with Banded Oak Brewing on this project,” says Hirakata Farms co-owner Michael Hirakata. “It’s a collaboration that works really well to introduce Rocky Ford melons and our family farm’s story to eaters and drinkers who care about where their food comes from and how it’s grown.”

Hirakata Farms of Rocky Ford, Colorado is a 5th generation family of farmers who grow Rocky Ford Cantaloupe, watermelon, honeydew, and pumpkins, in addition to the Crenshaw melons used in the IPA. 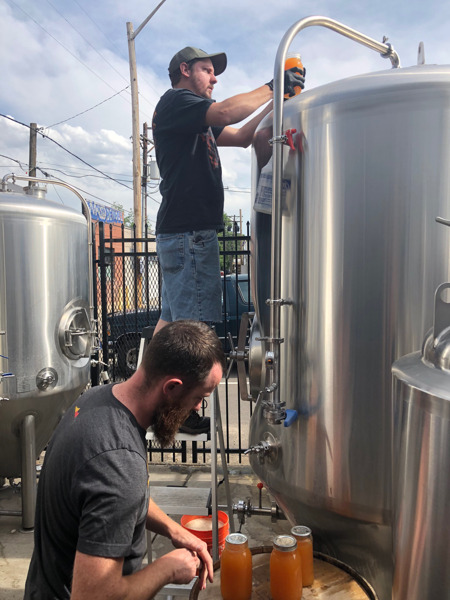