The bottle release event will feature a limited number of specially-labeled 750ml bottles of the Crenshaw melon IPA for beer drinkers to take home. In keeping with goal of eating-and-drinking-seasonally, it should be enjoyed quickly and not cellared for later.

This year's beer collaboration resulted in a very limited batch of a beautifully balanced India Pale Ale that leans toward a West Coast-style IPA while staying true to Colorado with the addition of Rocky Ford’s Hirakata Farms Crenshaw melon. It's brewed with copious amounts of CTZ and Chinook hops, and features a fruity bouquet reminiscent of grapefruit with underlying notes of evergreen and pinesap. Simply: it's really, really good, and easy to drink.

"Beer drinkers are celebrating the full-flavored taste of this IPA with just a hint of sweet melon flavor," said Banded Oak Brewing Company's owner Will Curtin. "When we put this beer up on our taproom menu board, people immediately recognized the Hirakata Farms name and were excited to try it!"

The Crenshaw melon isn't as common as the Rocky Ford Cantaloupe, but is highly prized for its sweetness and unusual flavor.

"Customers tell us that they're always looking for Rocky Ford Melons, and this is a way to get your fall fix," said Hirakata Farms' Michael Hirakata. "It's a new and exciting way for people to enjoy the Rocky Ford melons that we love to grow." 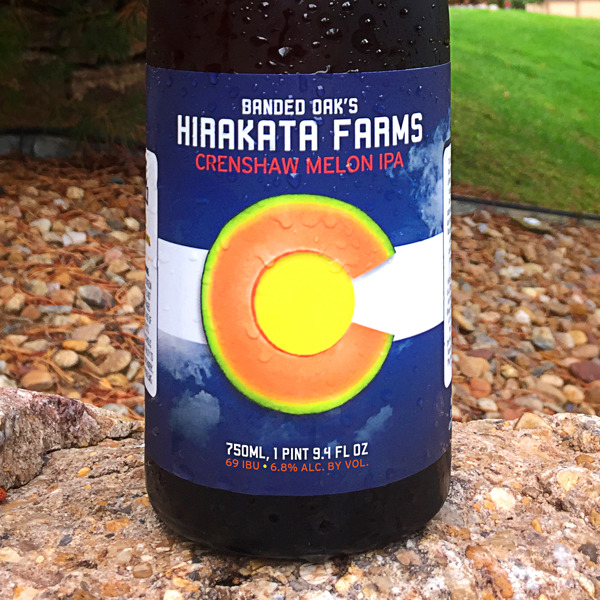